The Spirit of Woodstock 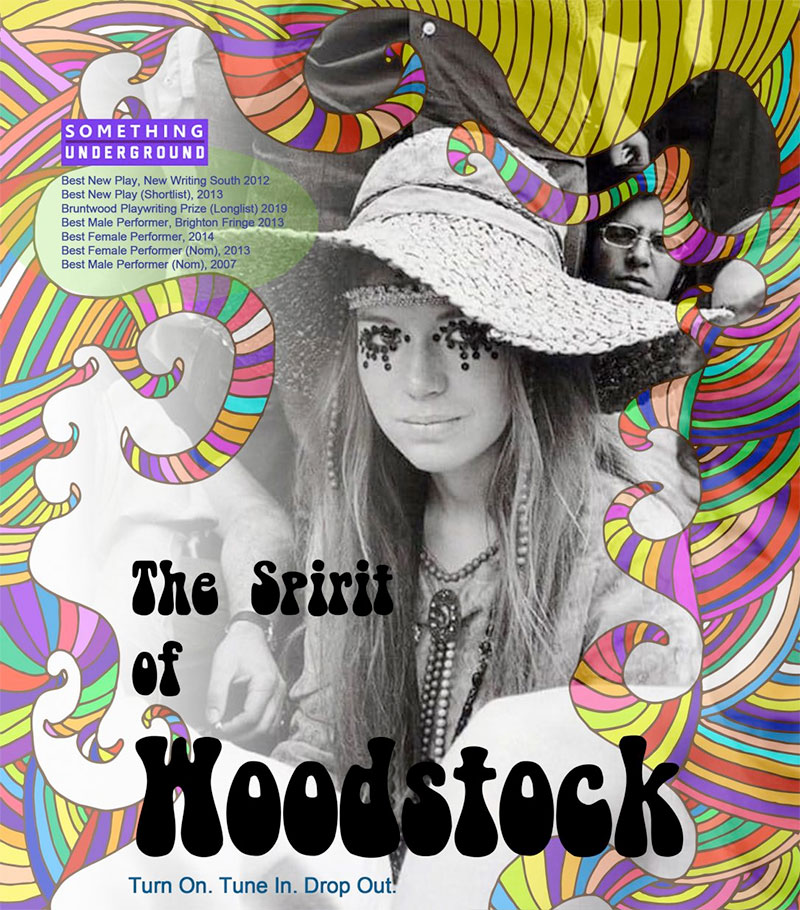 The Spirit of Woodstock

How is it possible, in this strange time, to attend, right here in Salisbury – Dorset, the worlds largest free festival, with over 500,000 people all squeezed together on a dairy farm in northern New York State?

How is it possible to witness the shooting of Bobby Kennedy; to be on the beach opposite the Kennedy Space Centre watching the launch of Apollo 11; to be part of an anti-Vietnam war riot in Chicago; to be amongst thousands walking along the 17b Road into the festival; to be a chopper pilot ferrying the world’s most famous musicians upstate; to be the captain of a Russian nuclear submarine submerged off the coast of Cuba; to be a musician about to step out onto the stage at Woodstock?

How can you do all this, and yet stay safe, in this day and age?

What you might not know is that in 1969, at the time of Woodstock, there was another pandemic, the H3N2 (“Hong Kong”) virus circling the planet. But you’ll be pleased to know this show isn’t about that, at all! It’s about the incredible era that surrounded the “mother of all free festivals”… The politics, the conflicts, the music, the protests, the moon landings, the civil rights movement, the adverts, the Anti-war protesters, the women’s liberators, the drugs, the music, the musicians and the personalities. Over two wild, interactive and immersive hours.

In The Spirit of Woodstock, Jonathan Brown brings you 65 of these characters in lightning-fast succession. The whole thing is imbued with the soundscape of the time, but was incubated in the 2020 lockdown, and is now ready to be re-released to infect your soul, baby!

So, come and enjoy the whole show with your picnics, wrapped up in tie dye, and ready to be taken back to a time that was happening, golden and groovy.