170 million years ago
The Jurassic coast was formed over a period of several million years
50 million years ago
The Abbotsbury fault created the Ridgeway to the north of the village
20 thousand years ago
The end of the Ice Age led to the formation of Chesil Beach and the Fleet lagoon
6000 BC
Earliest evidence of hunters / gatherers around the Fleet
500 BC
The Iron Age fort was built on the ridge above the village
44 AD
The Roman invasion of England began : perhaps a mill was built here by the Romans
401 AD
Rome withdraws her troops from England, leaving Dorset to her own defences
597 AD
Christianity comes to England: around 50 years later, according to legend, a priest called Bertufus built a chapel in Abbotsbury
1023
King Canute gave land, including Portesham and Abbotsbury, to his bodyguard, Orc
1044
Orc founded a Benedictine Abbey in Abbotsbury. Its buildings (now almost completely gone) covered all the ground between the church and the Tithe Barn
1348
The Black Death erupts in Weymouth and spreads throughout England
1393
Earliest record of the Abbotsbury Swannery, already well established by then c1400-c1530 The Church of St Nicholas, St Catherine’s Chapel and the Tithe Barn were all built by the Abbey monks
1539
The Abbey was dissolved by Henry VIII, and its buildings and estates were bought by Sir Giles Strangways, whose descendants still own Abbotsbury village
1644
The Manor House, built by the Strangways family on the Abbey site and acting as a Royalist stronghold and munitions depot, was destroyed during the Civil War when besieged by Parliamentary forces from the direction of the parish church
1751
The reredos, candelabra and communion plate was given to the parish church by Susanna Strangways Horner
1758
Susanna Strangways Horner endowed the first Abbotsbury school
1753
The “Elizabeth Canning case” concerning kidnap, smuggling and false evidence, led to the London Journal describing Abbotsbury people as “thieves, smugglers and plunderers of wrecks”
1756
Stephen Fox, heir to the Strangways estates, was created Earl of Ilchester
1765
The Strangways family built Abbotsbury Castle as a home overlooking Chesil Beach and started work on what would become the Abbotsbury Sub-Tropical Gardens
1890’s
The Abbotsbury branch line railway to Weymouth opened; it was designed to ship iron ore and shale oil, but later turned to general use, including tourism
1913
Abbotsbury Castle burned down: its replacement was demolished in 1934
1939-1946
British and US forces temporarily occupied the Abbotsbury area prior to D-Day
1952
The Abbotsbury Branch line was closed (well before the Beeching closures)
1973
Abbotsbury’s school was closed and the children transferred to Portesham. In the same year, the Ilchester Estate began a development plan for the village, leading in 1975 to an award in Architectural Heritage Year and the conversion of several village buildings to studios and galleries
2001
The Devon and Dorset coast was declared a UNESCO World Heritage Site as “The Jurassic Coast” 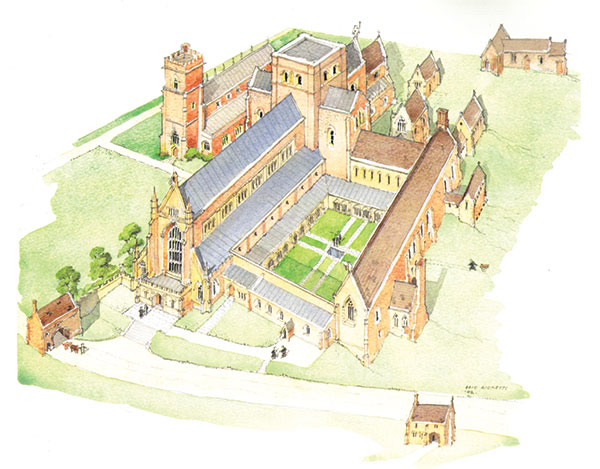 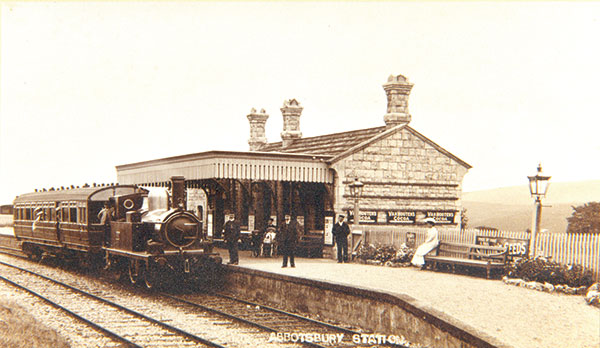