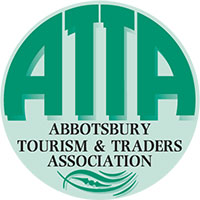 ATTA is a group of traders in Abbotsbury whose function is to present to the world the attractions of Abbotsbury Parish, the surrounding coast and countryside.

Membership is only offered to businesses operating within the parish. ATTA itself is not a commercial enterprise, it is an agency for local businesses to share the cost of marketing their services. There is an annual fee for full membership of £70 per business for 2022. This income is used to pay computer costs for the upkeep of a website, printing of leaflets which are distributed around the county, and maps of the village, which are placed within the area for visitors to get their bearings.

Businesses operating within the village who do not want full voting rights or representation on the leaflets or maps, but would like a web page on this website pay £50 for a full year or £35 for 6 months or less. This is a good option for businesses which have started here after maps and leaflets have already been designed and printed.

ATTA also organises some funding events to ensure that there is sufficient cash to pay for everything needed.

ATTA is a democratic organisation. The four unpaid officers are elected annually, and carry out the wishes of the membership, as voted upon and minuted at regular meetings.

It is worthy of note that all the local voluntary groups operating in Abbotsbury are offered a page on the ATTA website without any fee.

The idea to start Abbotsbury Tourism and Traders was first debated by a very small group of local business people: Tim Snape (internet), Danielle and Selwyn Holmes (gallery owners), and Greg Shepherd (glass engraver) about thirty years ago, during the 1900s. There were various issues for Abbotsbury residents and traders, such as the overburden of traffic, due to poor signage along the coast and the difficulty of publicising the businesses which were springing up while more buildings were being reconstructed for local commercial enterprises. They felt that a strong united voice would carry weight in addressing these and any other problems.

Since then ATTA has gone through many transformations, but the intention remains to represent the village as charming to visit as well as a most lovely place to live. The cost of running and updating this website is borne by the members of ATTA through their annual subscription. The funds are also augmented by several events in Abbotsbury, run to encourage visitors into the village. This year there are two projects run by ATTA and one by supporters on behalf of ATTA:

• Candles on St Catherine’s Hill –20th November 2022 in partnership with Friends of St Nicholas.
• Abbotsbury Christmas Trees during the weeks before Christmas Day till Advent.